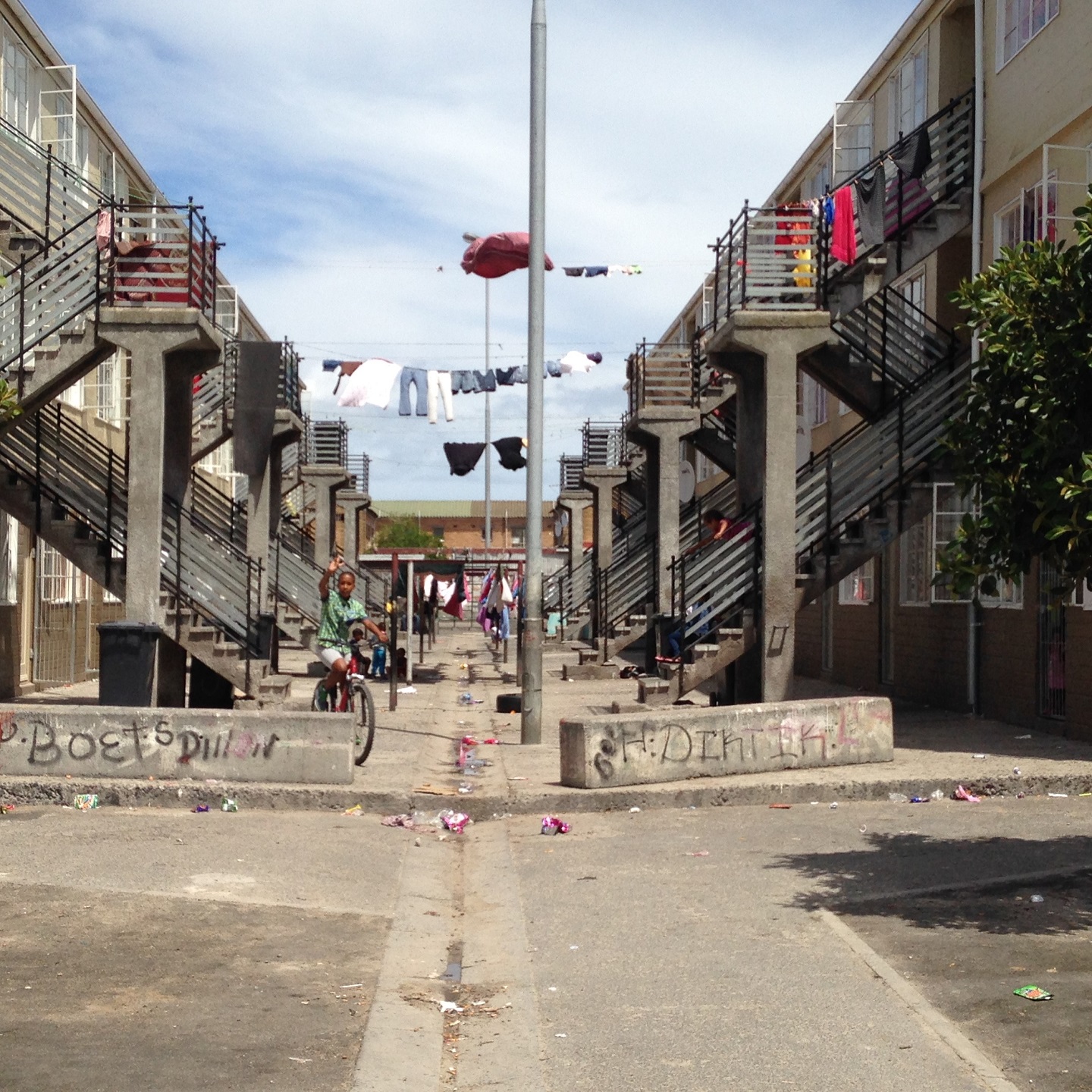 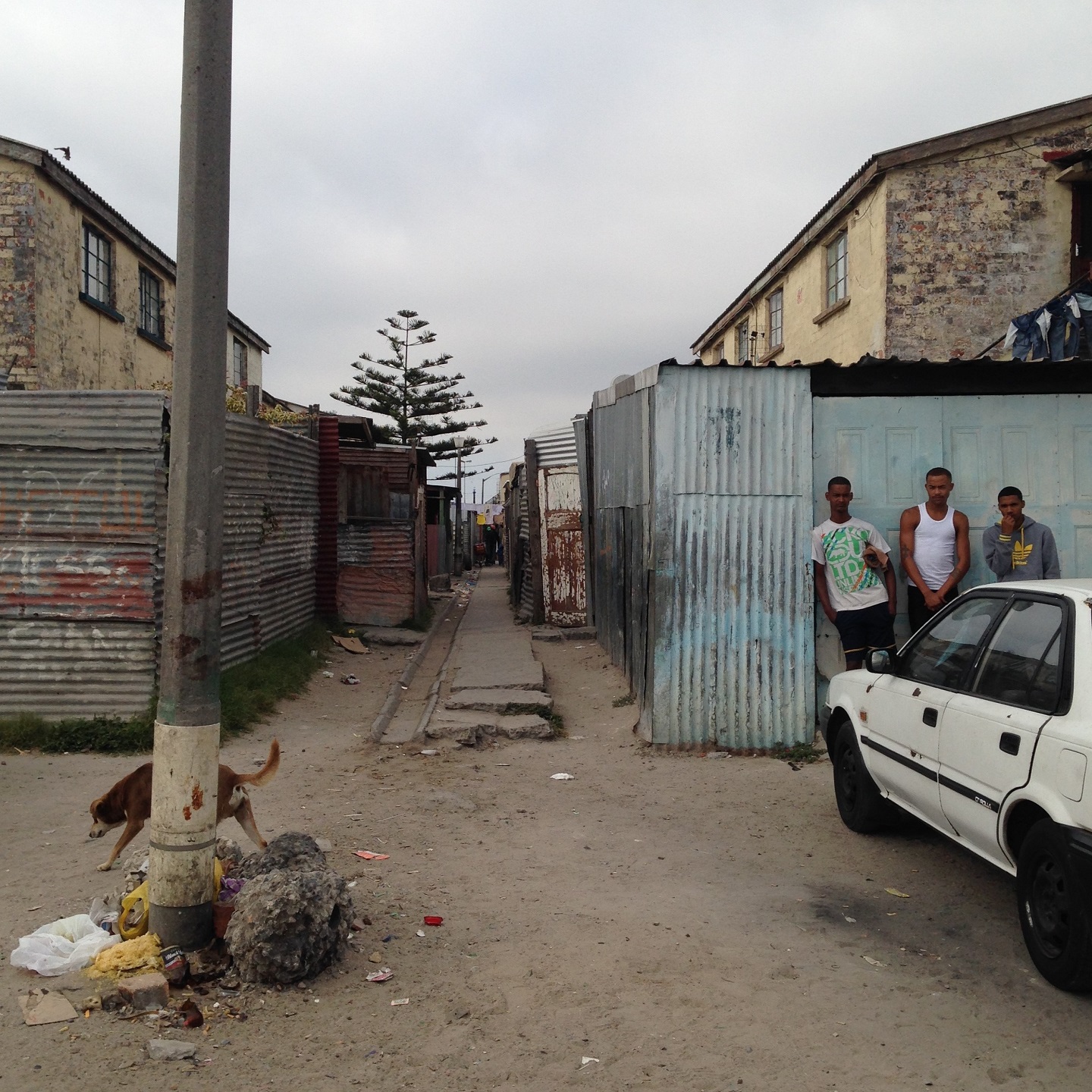 Manenberg is a suburb repeatedly defined by its high rates of violent crime and gangsterism. However, its community wants to be defined differently. They want a safe neighbourhood where their children can play freely and enjoy a good Quality of Life.

Like many other areas on the Cape Flats, Manenberg’s layout is firmly informed by apartheid planning logic. It was initially developed as a dumping ground for the 1950s forced removals from areas around Cape Town’s city centre, such as District Six. Far away from the CBD (about 20km) and separated from its surrounds by large infrastructure lines and industry, Manenberg was, and still remains, economically and socially isolated. 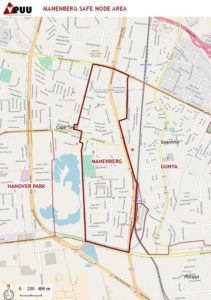 Busy roads, an industrial zone, abandoned and vandalised public spaces and ill-maintained green spaces form boundaries rarely crossed by Manenberg’s residents. This amplified by gang wars across the neighbourhood. There is a lack of community services and no adequate commercial facilities. A large portion of the population live in run-down public housing stock – either triple or double storey. All these are relics of apartheid planning.

Crime rates are exceedingly high (6000 crimes reported per 10,000 residents), and unemployment is equally so. Below are statistics gathered in the 2011 census: 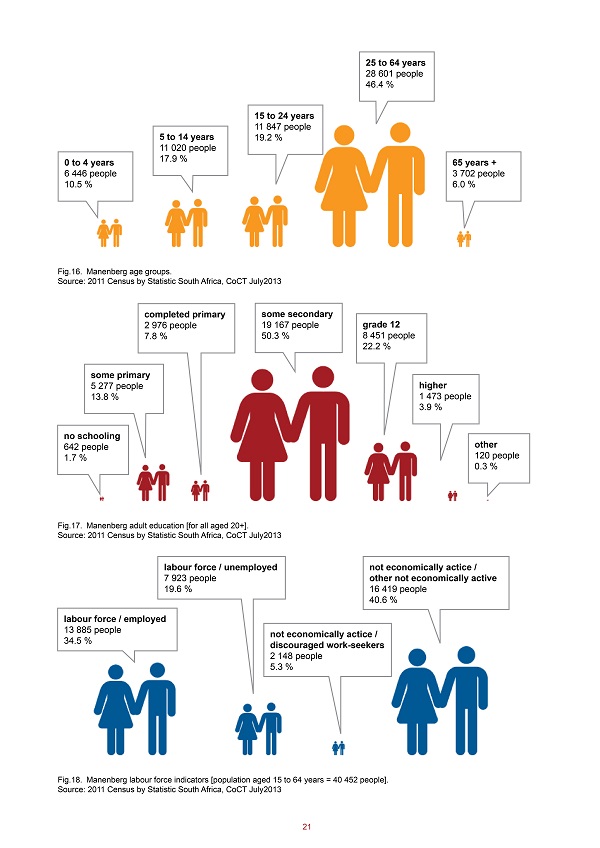 The community’s vision for Manenberg is to transform it from an unsafe, dormitory area to a safe, secure, diverse, vibrant, innovative, attractive, cohesive, and sustainable neighbourhood.

Despite the legacies of apartheid planning, continual eruptions of gang warfare, and negative perceptions from surrounding areas, Manenberg’s community are extremely active and engaged in visioning and enacting a better Manenberg.

Acknowledging the strong community base and vision, VPUU was asked implement their methodology through the Mayoral Urban Regeneration Programme (MURP) in Manenberg. Based on in-depth community engagement and participation, we have come together with the citizens of Manenberg and other stakeholders to improve their Quality of Life through a partnership approach. This is based first and foremost on social cohesion.

Since 2015, through many stakeholder meetings, workshops, community-led walk-abouts, and participatory mapping exercises, we have tried to understand what citizen’s desire for their Manenberg.

These are examples drawn from the Public Investment Framework we have developed with and for the community of Manenberg:

What have we done so far?

VPUU have worked to develop a Community Action Plan (CAP) and a Public Investment Framework (PIF) as guiding documents for the ongoing development of Manenberg by government and community alike.

The CAP is a collection of all desired projects and outcomes, drafted as an interface between community and government. It overlays community leadership’s vision for development of the area, outcomes of an initial baseline survey, review of the current assets, and planned Western Cape Government and City of Cape Town development.  This then provides a framework for integrated area-based management for the area.

The CAP formulation and implementation process is seen as an example of a new service delivery model which is defined by citizens, demand driven and negotiated between the partners in the development.

In reading Manenberg’s challenges and potential and following the CAP process, the PIF then spatially identifies and prioritises projects for implementation in the coming financial years; covering short, medium and long term investments.

Stay in touch- join our newsletter! 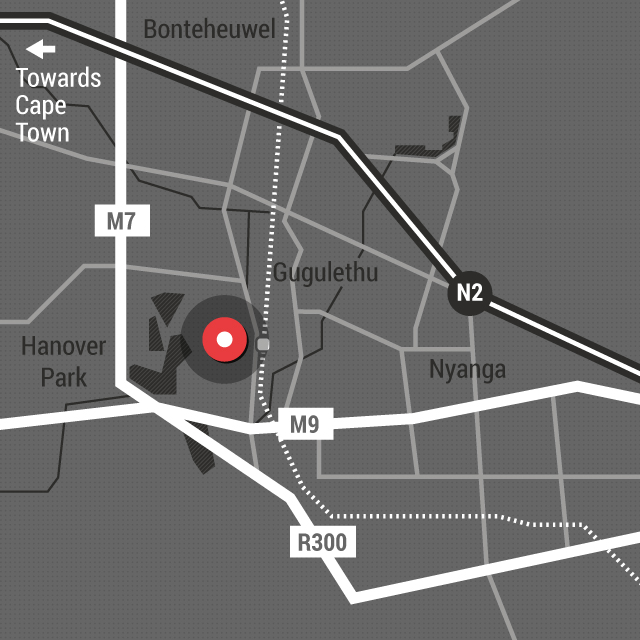 Towards a Community Circular Economy. Read about our CO-CARE voucher programmeCLICK HERE